Saturday Steve drove Jan and me to the Tsawwassen Ferry to cross over to Nanaimo and offload Nor’wester. The Tsawwassen Ferry is just over the border in BC and we thought that traffic would be light and getting to the ferry would not be an issue……WRONG… As we approached the border crossing we were greeted with a long line of cars. It took nearly and hour to get to the booth where we were asked so many questions I thought the guy surely must be writing a book. I don’t think he ever had encountered someone going to Nanaimo to offload a boat that we built in Anacortes and took to Mexico only to put it on a ship and bring it back home. He seemed quite confused but finally looked at us and said, “Ok….have a nice day” then let us through.

Steve drove us at breakneck speed so we wouldn’t miss the ferry as the next one was about 3 hours later. He pulled up in front of the terminal and Jan and I sprinted (ok, I limped as I had sprained my ankle the week before…..but that is another story) to the ticket counter. They were calling last call so we were given permission to cut in line and then run (limp) to the ferry. We no sooner got aboard than the ferry left.

We are used to the Washington State Ferries, having lived in Friday Harbor for a number of years, but this was our first experience with the BC Ferry System. Quite frankly, we were impressed. The ferries themselves were in great condition with very comfortable seating. They also had a great cafeteria that served delicious food. (I had a double cheeseburger). We would definitely do that again.

Once we got to Nanaimo, we took a cab to out hotel, the Coast Bastion, which is right near where the Dockwise ship would offload. We met up with Chuck and Margaret of Mairead, the Grand Banks 46 that did the FUBAR with us and decided to do dinner later. 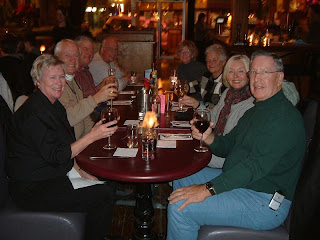 At dinner, we were joined by Mik and Barb of Navigator, a beautiful Krogen 48 and John and Margot of Caretta, a Tartan 41 sailboat who were also there to offload their boats. We had a great time at a great little restaurant called the “Modern Cafe”. (highly recommended if you get to Nanaim0)

The following morning dawned clear and icy. Here are some pictures of Super Servant 3 at the dock. 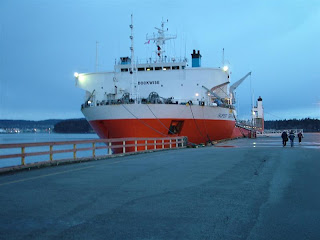 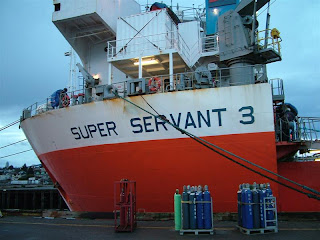 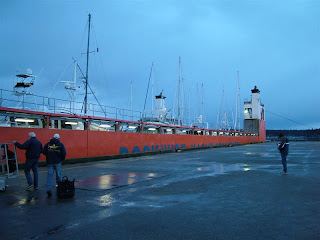 We boarded the ship and met with the shipping agent who had all of our documents already processed with Canadian Customs. We then were off to inspect Nor’wester to see if there was any damage. 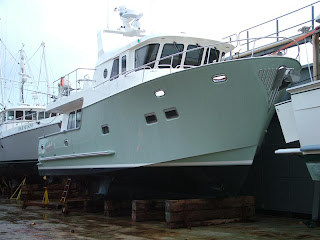 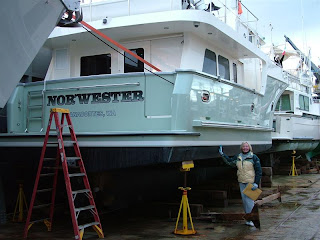 No damage observed, just a bit of soot and a lot of salt. We talked to the crew of the ship and they had quite a rough passage, especially off the Northern California, Oregon, and Washington Coast. There were 2 boats with very minor damage, but all in all most of the owners who were there to offload were very happy.

Soon it was time to flood the ship so that we could offload. Here are several pictures I took while the ship was flooding. 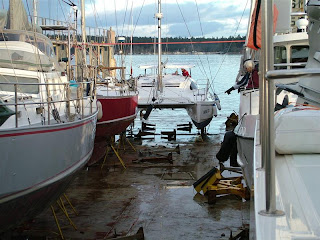 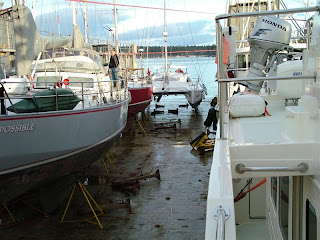 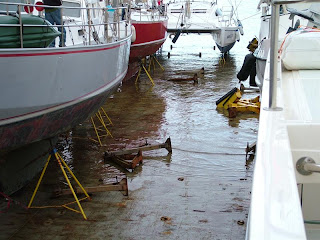 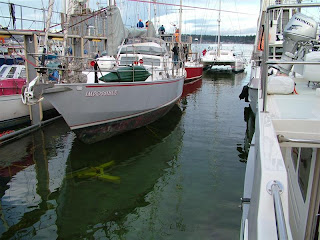 Soon the ship was flooded and one by one we backed out. The crew was very good in helping with lines and they were there to assist if anyone got too close to the sides.

We motored over to the Port of Nanaimo docks and were assigned a space to raft up to an old fishing boat. The owner of the fishing boat was there to help us with lines, but we soon found out that we couldn’t get off the boat and that there would be no electrical power or water. We finally figured out that the easiest way for us to get ashore was to put the tender in the water, which we did. Off to the store for some food, then a quiet night aboard before an early departure the next morning.

As we left the harbor, we passed by Super Servant 3 one more time. she was ready to receive the boats being loaded later that morning. 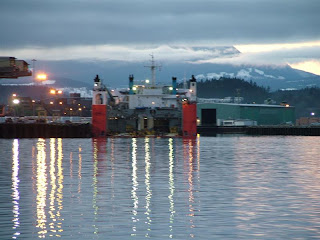 One of the boats that was being loaded was After Eight, an Northern Marine 151 that is headed for Florida and presumably the Miami Boat Show. ( I don’t know that for sure, just a guess) 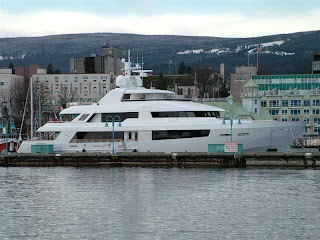 Even though we have some reserve power, we still wanted to get to Dodd Narrows some time around slack water. Our timing was almost perfect. Here we approach the narrows. 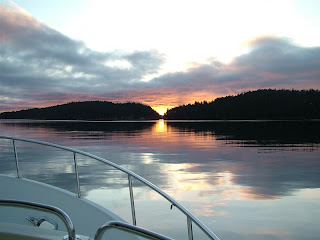 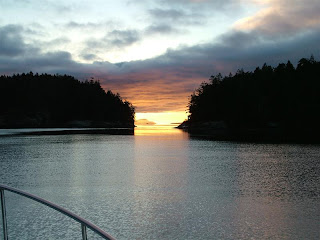 The sun was brilliant, shining on the islands visible through the cut in the narrows. For those of you who aren’t familiar with Dodd Narrows, this narrow cut through the islands is just south of Nanaimo. During maximum flood or ebb, the current can run to 9 plus knots. Prudent mariners will only transit Dodd Narrows within an hour each side of slack water. Even if you have the reserve power to fight the current, there could easily be logs or other debris that you might encounter and not be able to avoid. The currents wasn’t running too strong and we passed through with little effect on our speed. 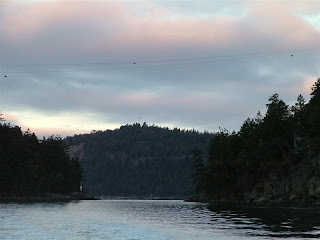 We leave Dodd Narrows behind. The rest of the trip was uneventful. As you can see from the below photos, the wind and the waters were calm. 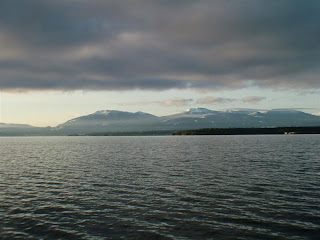 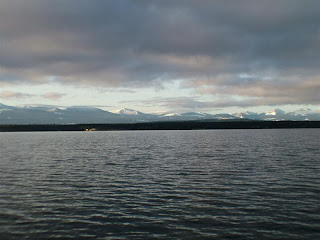 We made our way south and arrived in Friday Harbor about 2pm. Customs was busy with clearing an aircraft in up at the airport so we had about an hour wait. During that time, we had several people come up to Nor’wester to admire her.

Customs cleared, we headed out toward Anacortes. Two hours and she was safely berthed at her slip behind our office in Skyline.

We now will prepare Nor’wester for the Seattle Boats Afloat Show in late January. Please come to see us there.