This past weekend, Jan and I took Nor’wester to Kirkland, WA for “Kirkland Uncorked”, a “Festival of Art, Style, and Taste”. The event was held at Marina Park on Lake Washington.

All I can say is: Wow!… The crowds were amazing. We estimate that more than 2500 people boarded Nor’wester during the 3 day event. At one time, I counted 28 pairs of shoes on the dock with people still waiting to come aboard. 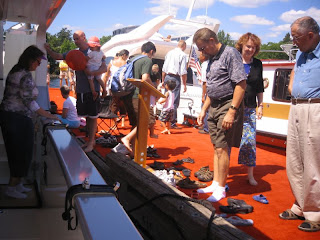 We met so many very nice people; some boaters, but many were not. They just were interested in seeing the yachts on display. Cultures from all over the world were represented. Our guest book had someone sign in Chinese, another, a visitor from Dubai, and several others from countries in Europe, Asia, and the Middle East. And the children. Many had never been aboard a yacht before, much less one as nice as Nor’wester. 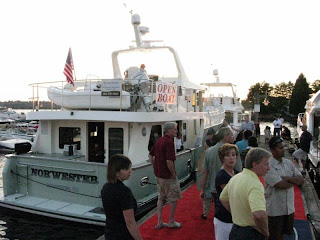 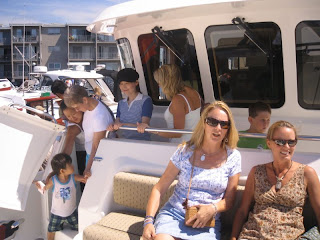 The questions and comments we heard were not what we typically hear at a traditional boat show. A few tidbits:

and the one statement we heard over and over: 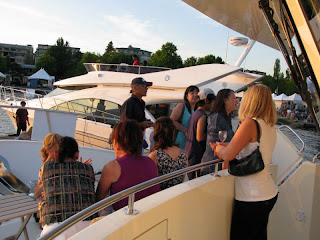 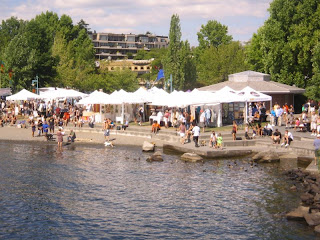 The main attraction at Kirkland Uncorked was the wine tasting and live music. On Saturday evening Jan and I went to the pavilion and sampled wines from some of the 19 local wineries who were offering tastings. Unfortunately (for us) we were busy much of the time and missed some of the wonderful cooking demonstrations that occurred during the day and early evening over the 3 day event. 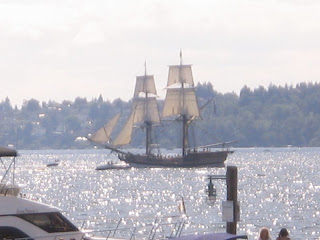 The Lady Washington was there offering short sailing cruises on Lake Washington. 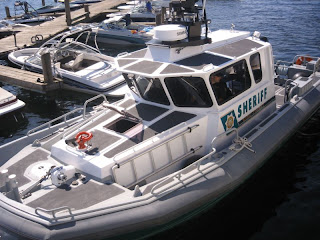 Even the County Sheriff came by. The Sheriff’s Deputy (who’s name has escaped me) who was running this boat has been aboard Nor’wester several times at various boat shows. He offered to trade the Sheriff’s boat for Nor’wester but Jan vetoed it.

We had a great time showing Nor’wester and educating people about cruising and living aboard a trawler. We hopefully sparked some interest; there were quite a few people who said they wanted to learn more.

Thanks to those of you who came by to say hello. It was nice to see familiar faces.