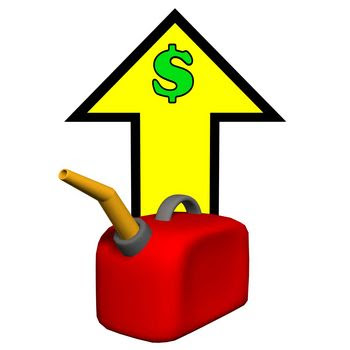 With fuel prices soaring and no relief in site, thoughts turn to how to make boats more efficient.  By design is one way.  Boats with greater length to beam ratios are more efficient but that efficiency comes at the cost of less living space for a given length.  And if you buy a longer boat (with less beam) to get the living area, the cost to moor the boat goes up and any savings gained by being more efficient may be given away for increased moorage.

So what about a hybrid boat?  Hybrid cars and light trucks are much more efficient.

Today, I want to address diesel/electric.  This is a subject that was addressed last year in a blog post in Soundings TradeOnlyToday written by William Sisson.  In my opinion, Mr. Sisson was “spot on” in his blog post and I don’t think I could say it any better.  So, with the permission of Soundings Publishing, LLC and William Sisson, here is the article……..

A boat is not a Prius

By William Sisson, Editor of TradeOnlyToday

A story in The New York Times several days ago talked about the negotiations between the auto industry and the Obama administration over new vehicle mileage and emission standards that would dramatically affect the types of cars we drive in the future.

The proposed mileage standard would require American cars and trucks to meet an average as high as 56.2 mpg by 2025, which the story points out is about double the current level.

Reaching the higher standard would require a large increase in the number of electric or hybrid vehicles consumers buy, according to industry experts. And although the industry says it can develop cars to meet the standard (at a cost in the billions), one auto lobbyist asked: “The question is, will consumers buy them?”

In other words, will Americans embrace a smaller, lighter and possibly more expensive set of wheels? Even one that collectively will save them billions at the filling station, as the story notes? The jury remains out.

What about hybrid power in boats? Is there a lateral transfer of technology that will improve efficiency in marine? We might be talking apples and oranges.

Hybrid power may sound sexy, but don’t get caught up in the hype when the application is for boats. That’s the message of naval architect and yacht designer David Gerr, director of the Westlawn Institute of Marine Technology.

“Hybrids are not the answer for boats,” Gerr says in an interview in the August issue of Soundings magazine, the sister publication of Trade Only. “They work very well for cars, but they do not for boats.”

In terms of efficiency, Gerr told us, “they are a dead loss in almost every instance on a boat” — trawlers/displacement hulls might be the exception — “in spite of the hype.”

Boats simply don’t receive the same benefits that cars do from hybrid systems. “Land vehicles generate savings when braking or coasting downhill,” Gerr explains. “Boats never get that benefit — at all. Land vehicles spend a lot of time at idle speed or stopped in traffic. Boats don’t normally operate like this. In those cases, a hybrid [land] vehicle runs on electric alone. Boats don’t get the opportunity.”

And on a more fundamental level, Gerr says, the loss of power that occurs when you convert or transition from one energy source to another with a hybrid system — chemical to electrical to mechanical — is significantly greater than with a standard direct-drive diesel or gasoline engine installation.

There’s another aspect to hybrid power that Gerr says is rarely discussed: the initial expense and the complexity of the systems. At Westlawn, students looking at propulsion systems are asked to analyze both the initial and operating costs of a gasoline and diesel installation on the same boat.

Gerr says following tried-and-true formulas will produce dramatic increases in efficiency. “There’s no mystery to it,” the naval architect says. “Any designer worth his salt knows that if you want to make a more efficient boat, a longer, more slender boat is always more efficient. If it is properly proportioned, it’s also more seakindly. Also, a key is to operate the boat at a little slower proportion of its total hull speed.” Optimizing the propeller and drivetrain also is important.

Unfortunately, Gerr says, this doesn’t have the sex appeal that the fancy, high-tech hybrid stuff does, but it works. One downside: You’ll pay a penalty with a longer boat in dockage fees.

One more truism: There are no free rides.

In my next blog post, I’ll tell you my thoughts on Diesel/Wind power.