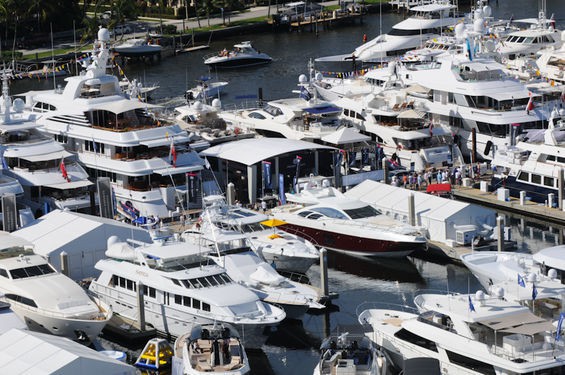 Jan and I are back from Florida and while I didn’t have the time (or energy) to post while there, I will try and give a short synopsis of what we did while there. 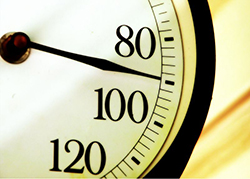 There are two words that come to mind when I think about this year’s Fort Lauderdale Boat Show, “heat” and “traffic”.  The temperatures, the locals told me, were more like what you would experience in August, not early November.  The only thing that made the heat bearable was shade and the rather strong onshore breeze that blew for most of our time there.

The traffic was the worst.  In trying to get anywhere in the Fort Laud 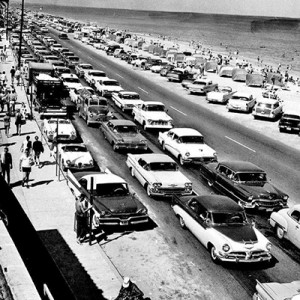 erdale area, we encountered stop and go traffic.  Friday, the first of two days I attended the show, found me forgetting to bring business cards.  Jan had elected to spend the day with our hosts to catch up on things so when I realized that I had no cards, I called and asked if they minded bringing some up to me.  After all, it was only (supposed to be) a 25 minute drive.  Well…….it took them nearly 2 hours.  Needless to say, I was chagrined when I met them to get the cards.

Back to the show……..as I was only going to be at the show for 2 days, and only one of them overlapped with St 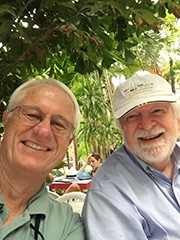 eve (Seaton), I had to cover a lot of ground in a short time.  Steve and I hung together for most of Friday and we had a delightful lunch, sitting in what I call the Grotto, a shady public area with tables and chairs arranged for eating.  To the left is the “selfie” I took wish Steve.  I hate selfies but there was no one else there to snap a shot of the two of us.

Steve and I met with a young Chinese entrepreneur who wants to start building small (30′-42′) trawlers in China and export them to the US.  I am not sure he had a realistic idea of what it will cost him to set up a factory and complete a hull #1.  We’ll see if he is able to pull it off.

I was able to spend some time in the Seakeeper booth to discuss how their stabilizer system might work on our Northwest models.  Up to now, I have been rather reluctant to use them but after my visit, we will be adding them to our options page.

I stopped at the MAN engine booth.  For our larger boats, requiring over 800hp, (each engine), we recommend MAN engines.  Their display was impressive and I would have stayed longer but for the fact that they were outdoors and it was in the heat of the day that I was there.

I met with Carl Camper and Judy Waldman of Yacht Forums to discuss advertising.  As a result, we are now running banner ads on yachtforums.com.  After speaking with him, I lament that I hadn’t begun them sooner.

Saturday, Jan joined me and we visited with several suppliers of interior design materials.  Things have come a long way in the past few

years.  We were really impressed with Oceanair, suppliers of portlight and hatch shade/screens.

Most of Saturday afternoon was spent with our friends, Christer Lundqwist and Rolf Agergerth at Nimbus Boats.  These boats are crafted in Sweden and the quality is outstanding.  I think they would make great cruisers here in the Pacific Northwest.  Jan and I were quite impressed.

Sunday was a day of rest.

On Monday, we went up to Palm Beach Gardens to take photos of  “The Path”, the Northwest 45 t 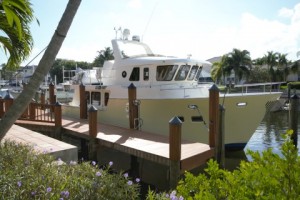 hat we recently listed.  I had spoken many times with the owner while he was upgrading systems but had never met him.  We had a delightful day.  The boat looks as good as when we first delivered it, perhaps better as there have been many improvements made in the past couple of years.  We hope to have a speedy sale.

Our visit to Florida was way too short.  We would have loved to spend more time with our friends and one more day at the show would have been productive.  But it was time for us to return.